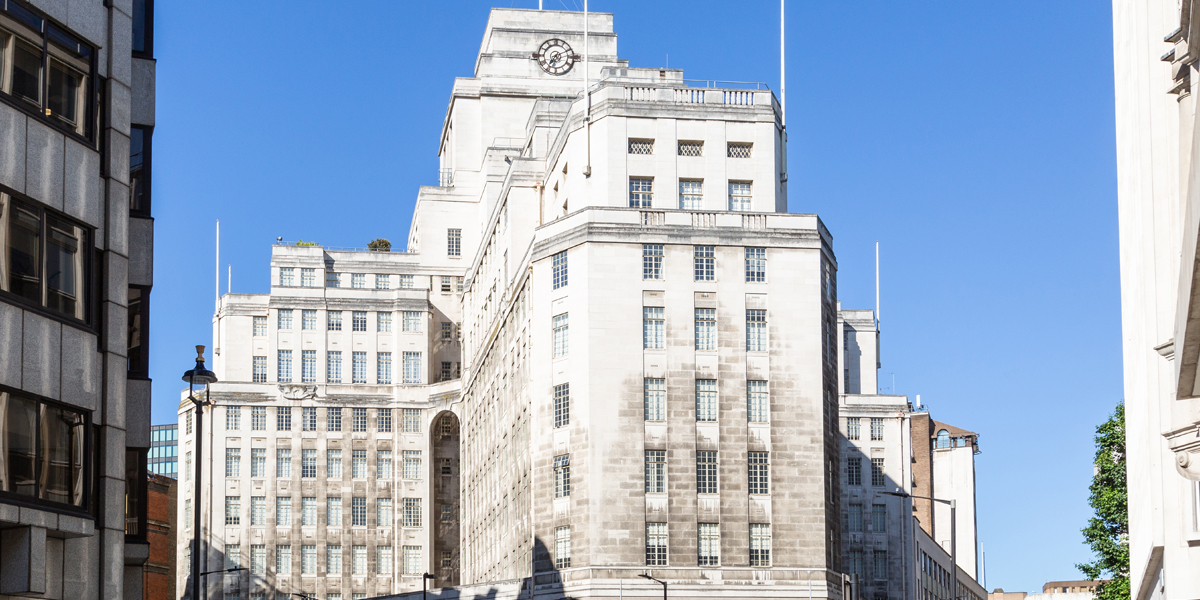 Here at Location Collective we often talk about how proud we are to represent some of the most impressive buildings in London for filming.

They don’t get more iconic than the Grade I listed 55 Broadway, which we are very excited to say is joining our exclusive collection this week as London’s new go-to production hub. Constructed at incredible speed between 1927 and 1929, 55 Broadway was London’s first skyscraper. It sits at the heart of our capital’s world-renowned transport network and has been the headquarters of Transport for London for the last 90 years.

The building was designed by architect Charles Holden and briefed by Frank Pick who steered the development of London Underground’s distinctive corporate identity. Holden was asked to give London Underground employees a beautiful place to work, and the resulting building fits that brief perfectly; it’s a stunning modernist office block which effectively helped set the revolutionary image of the London Underground.

One of the most unique aspects of the building is that it is part station and part office block. In approaching 55 Broadway, Holden needed to design a building which would seamlessly incorporate St James’s Park tube station, which still forms part of 55 Broadway’s ground floor today, along with a shopping arcade packed with original, art deco details.

The building itself is striking; 14 stories and 53 metres tall, it is constructed in an unusual cruciform plan with the upper offices tapering to the central clock tower, a technique used to ensure the most possible natural light reached the offices. Stepped rooftops allow for completely different views of the London skyline from all sides.

The exterior is Portland stone clad and features a series of commissioned artworks including ‘The Four Winds’, created by an avant-garde artist of the day. The pair of sculptures ‘Day’ and ‘Night’ by Jacob Epstein caused public outrage upon their unveiling due to their modernism and graphic nakedness. Newspapers began a campaign to have the statues removed and Frank Pick offered his resignation over the scandal. Ultimately, Epstein agreed to remove 1.5 inches from the penis of the smaller figure to calm the storm.

Inside the building, it’s clear that no expense was spared in its construction, which has stood the test of time and still looks stunning today. The design team clearly went to town with materials including dark, heavy woods and bronze. The interior retains many original features, including a lovely Train Interval Clock System on the ground floor, featuring six clocks which were used to record the frequency of trains running underneath for the six main London Underground lines in operation when the building was opened.

One particular highlight of the building’s interiors is the 7th floor, the Executive Floor, which retains all of its original, imposing wood panelling. This awesome corridor of power leads to a grand chairman’s office with many of its original features.

We are hugely excited to be transforming the site into a hive of production activity, and welcome enquiries for production space and filming location use.